Friday morning 3/4/2022 at 05:49, Shrewsbury was dispatched to a structure fire a block behind the fire station. Southern Regional PD arrived first and advised of heavy fire showing.

Engine 61-2 arrived at 05:57 and dropped a supply line from the Scout House at Playground and N. Sunset. Chief 61 established Command and advised of fire showing from the B & C sides both 1st and 2nd floors.

Engine 59-1 (Glen Rock) arrived within the next 2 minutes and established a 2nd water supply from a hydrant on Main Street. Engine 59’s crew made an aggressive fire attack on the 2nd floor by laddering a 1 story bump out and entering through the 2nd floor windows.

Southern Regional Police contacted the property owner at 6:10 am and confirmed it is commercial and nobody was inside at the time.

At 6:11 am, Command requested a 2nd Alarm for additional manpower to assist with fire control and overhaul of the building.

Additional departments arrived (listed below) and the bulk of the fire was officially knocked down at 06:30.

The Shrewsbury Volunteers would like to thank all of our Mutual Aid Departments for their assistance. We worked with some departments that we “normally” do not work with. In the volunteer fire service, each day and each response may be a different crew of people from each station. Sometimes due to work schedules and other factors, it takes a little longer to get equipment on the street. In those cases, the system is setup to get the next closest unit to respond. Friday was an example of the system working to get equipment to the fire.

The cause of the fire was determined to be electrical in nature and the loss estimate is still being determined.

The final units cleared the scene and reopened North Main St around 9 am.

No injuries were reported. 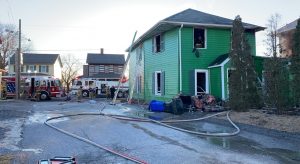 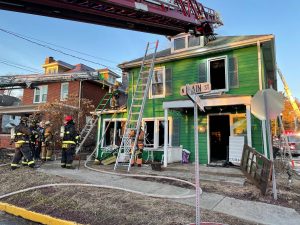 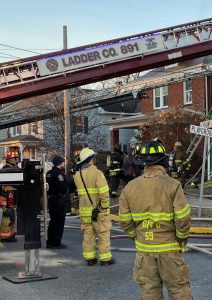 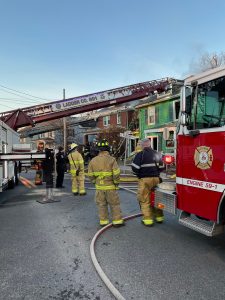 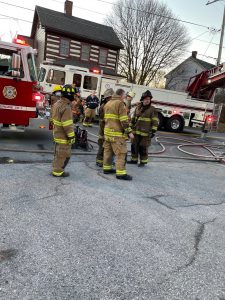 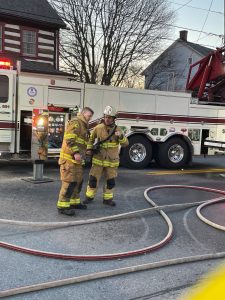 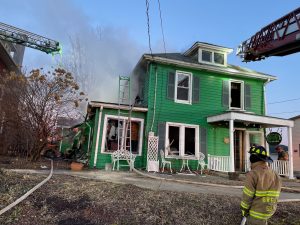 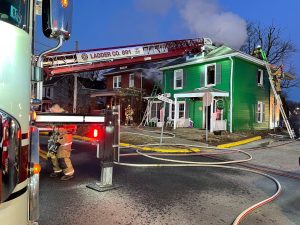 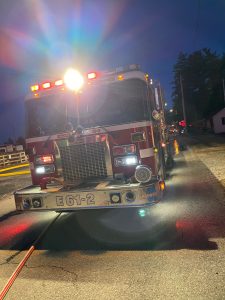 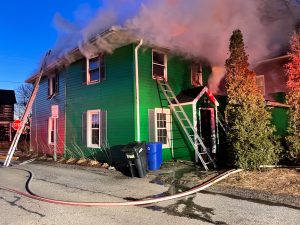 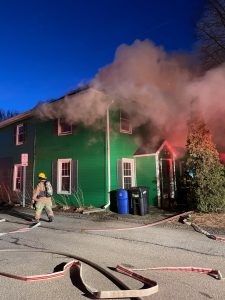 Check out these numbers your volunteers have been clocking in this year 👇 Our team has been busy and even burning vacation days from work to keep our communities safe.
(Reminder: every single Shrewsbury member volunteers and is employed somewhere else)

All totaled, we have over 4,000 documented hours that have been volunteered through the end of July.

It's absurd that we rely on volunteers for these essential services. I am very grateful for the commitment and dedication of all the volunteers.

Long hours, but we in the community thank you for your dedication in keeping us safe.

Everyone is doing an awesome job,Thank You for always being there 👍

Just 1 week until Food Truck Friday returns! We can’t wait to have you join us. Bring your chairs and blankets and enjoy live entertainment by MgM Dance Studio and Allusive Green!

Rescue Squad 61, Engine 61-2, Fire Police 61 and EMS are on location of a two vehicle accident at I83 NB on ramp and E Forrest Ave. Traffic is able to get through, use caution in the area. ... See MoreSee Less

This is the first 2 vehicle accident since the diverging diamond went operational. We had one accident where a car lost its brakes on the sb off ramp and hit the dividing wall under the bridge The new traffic pattern has been very efficient. We are pleased with how it's been moving traffic.

I have seen a hand full of people drive down the wrong side.

It's so easy to get through. Maybe those people who can't shouldn't have a license 🤷‍♂️

Thank you Shrewsbury Volunteer Fire Company for being there

Is this the first accident here since the figure 8 has been implemented? I haven't been keeping up 😅

I hate that road

This area of 83 is so accident prone🙄

Sad to see this, Thanks for always being there 👍

God I love that rescue squad.

There are many directional signs. I for one have been used to it since day one. You typically understand it better the first time by driving slower. Then the next few times are just like clockwork