At 9:47pm the Shrewsbury Volunteer Fire Co. was alerted to assist North Hopewell-Winterstown Fire Company Station 45 with a reported chimney fire.  Engine 61-2 responded and on arrival found a fire in the chimney.  Chief 61 (Myers) assumed Command 45.  Crews began laddering the roof and checking for extension as Eureka Fire Co. Tower 54 arrived.  Their crew assisted in the interior investigation.  Engine 45 arrived and had Chief 61 maintain command. Their personnel assisted in the effort to extinguish the fire.  After 20 minutes the fire was completely extinguished. Crews from all companies found no extension into the walls of the home.  The owner was advised not to use the fireplace until the chimney could be inspected. 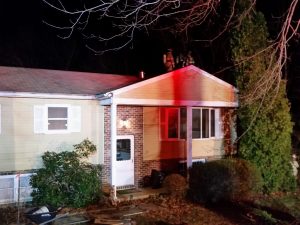 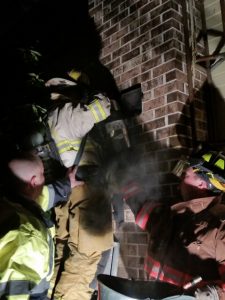