Shrewsbury Volunteers Heavy Rescue 61 was dispatched to assist Eureka Volunteer Fire Company with a two vehicle accident on Bridgeview Road in Hopewell Twp.  Eureaka Fire Co received it as an accident with injuries.  Updates advised there was entrapment and Rescue 61 was requested.  On arrival Shrewsbury personnel were directed by Command 54 to work on one of the vehicles involved.  There was one subject still trapped.  Crews immediately went to work and using a dash lift maneuver cleared the debris so the patient could be removed.  MICU 18 from Jacobus EMS received the patient and eventually transported him to York Hospital.  Shrewsbury and Eureka Fire Co. members cleared debris and then Rescue 61 was placed in service. 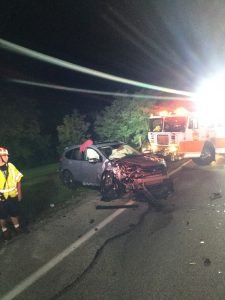 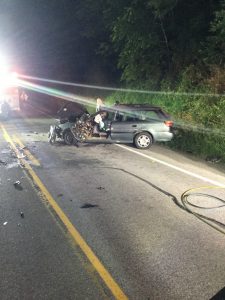