Shrewsbury Volunteers has had another busy day on the streets.  Today started with an industrial fire alarm at 09:11.  The incident turned out to be a fire alarm test and units were placed inservice.

At 10:24 we were dispatched to assist EMS units with a psychiatric patient who was violent.  Brush 61 responded and personnel assisted PA State Police and MICU 58 with the patient.

At 11:38 Station 61 was dispatched into Baltimore County to assist with a possible field fire.  Engine 61-2 responded and was first engine on location with a field fire being driven by moderate winds.  A 300 foot attack line was pulled and forestry line was connected to it in order to reach and extinguish the fire.  Brush 61 was dispatched  but canceled enroute.  As crews were cleaning up the engine after returning from this call Shrewsbury Volunteers were dispatched for a reported car into a structure in Shrewsbury Borough.  Rescue 61 and Engine 61-2 responded and on location found a single vehicle which drove into the side of a post office.  The vehicle had already been moved away from the building on fire department arrival.  Shrewsbury Volunteers checked the patient and building and it was found no fire department or EMS services were needed.  Southern Regional Police will handle along with the post office employees.

Let’s see what the evening brings…… 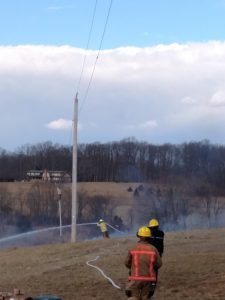 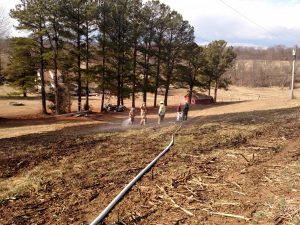 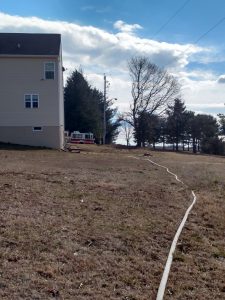