At 03:51 Shrewsbury Volunteers, as part of the York County Advanced Technical Rescue Team ( York ATR ),  was alerted for a reported builidng collapse in an occupied apartment builidng.  Rescue 61 responded to the incident.  On arrival Command 59 (Glen Rock FD) advised to have personnel assist in search of the building.  Chief 61, Myers, was tasked with checking the stability of the building and advise on the damage.  Crews from Glen Rock, Shrewsbury, Loganville FDs as well as Southern Regional Police worked together to account for all residents who lived in the two story apartment building.

Access was made to the collapse area to confirm no other people are trapped.  Investigation then went to the adjacent rooms and eventually the roof of the building.  Once all rooms were checked and the buiding examined for damage all crews were removed and further entry was denied.  An approximate 30′ by 30′ section of the roof collapsed into the second floor apartments.  Water that was on the roof flooded the second and first floor after the roof collapsed.  All residents once accounted for were taken to the Shrewsbury Township municipal builidng where the South Central York County EMA have mobilized to care for displaced residents.  The EMA officials will work with the Red Cross to find lodging and any necessary items.

All utilities were secured and the building owner will secure the entry doors to deny entry until a structoral engineer advises it is safe to enter again.  Rescue 61 cleared location at 05:30. 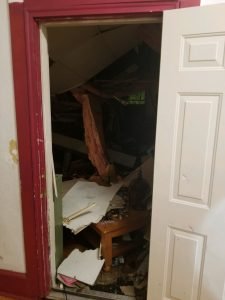 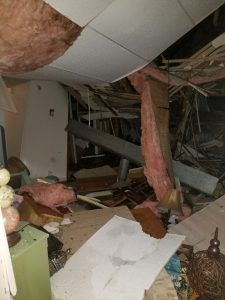 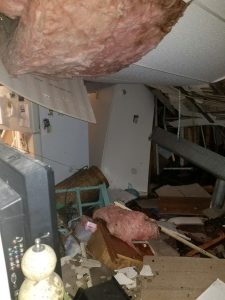 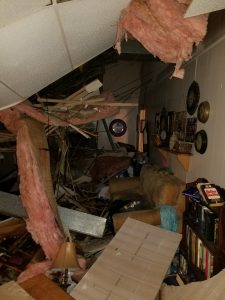 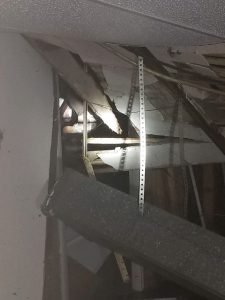 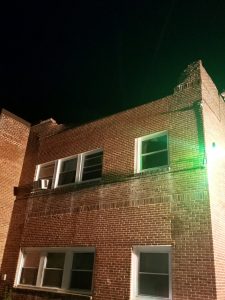