Shrewsbury Volunteers have a rich history with the Boy Scout of America.  We have supported Troop 90 in Shrewsbury as well as a few others for decades.  Our membership have multiple Eagle Scouts in the ranks and we are very proud of all of them.

Recently, two Eagle Scout projects were completed with Shrewsbury Volunteers that have been a positive influence on our ability to function.  Project 1 was a firefighter gear dryer.  Our members, after coming back from a fire, are required to wash all of their firefighting gear to reduce the chance of cancer.  We have had washing machines for this for over 18 years.  The members would have to hang the gear on racks to air dry them which took a day or two.  Then they could put the gear back together and use it.  Well, now we can have the gear dry in a matter of hours thanks to a gear dryer built by Prospective Eagle Scout Michael Fisher.  He approached us and asked if he could build it for us.  We thought about it (took about 3 seconds) and said yep!!  Thank you Michael for the work and the very useful device. 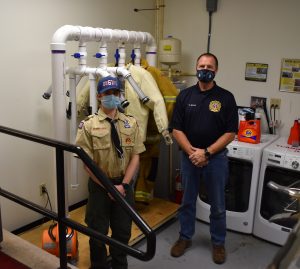 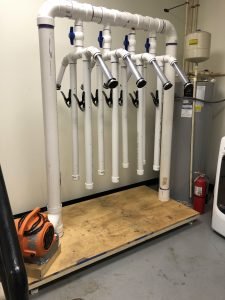 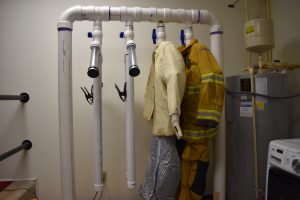 Well, not so fast!! Project #2  was completed for us and just in time for our December  “Santa in the Community” detail.  In years past Shrewsbury Volunteers has always taken that jolly ‘ole elf Santa around our first due district in the fire truck for all to see.  Santa would wave and shout out and interact with the community.  Sometimes he was hard to see while inside the apparatus.  Well, step in Prospective Eagle Scout Anthony Newberry.  Anthony approached the department and asked if we would be interested in having a sleigh constructed so Santa could be more visible to all who enjoyed him.  Uh, yep!  Another 3 seconds (you shouldn’t rush to decisions you know..) and we said yes!  The sleigh design was drawn up, reviewed several times with adjustments, and finally built and delivered.  The 2020 Santa run debuted Sleigh 61 and it was a huge success.  Thank you Anthony for another Eagle Scout project that benefited Shrewsbury Volunteers and the community. 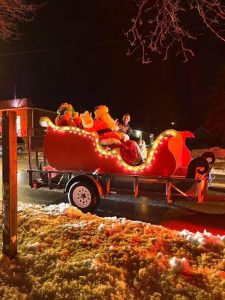 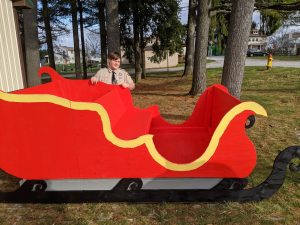 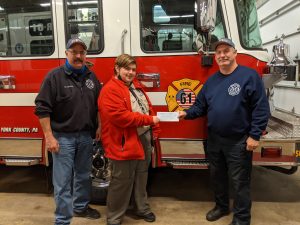 Shrewsbury Volunteers wishes both of our Prospective Eagle Scouts the best of luck in the future.  We are blessed to have been recipients of multiple Eagle Scout projects in the past and look forward to working with the Boy Scouts of American and future Eagle Scouts.

Final preparations were made as the sun set this evening for the Annual Golf Tournament.
Excited to see everyone in the morning!!! ... See MoreSee Less

Those carts are lined up perfectly! Kudos to the kiddos who did that!😉

Hope you guys have a great turn out!! Glad we could be a sponsor for such a great group of people!

I’ve been playing there since 1974 and have never seen a photo that cool. Great day for golf, enjoy!

🏌🏼We had a couple cancellation for our Golf Tournament this Friday! Come join all the fun. You won’t be disappointed. Email bwright@shrewsburyfire.com for more info. ... See MoreSee Less