On arrival Rescue 61 was positioned next to the overturned tractor trailer and assisted members from Baltimore County Engine 60 and Rescue Engine 442 (Hereford) who were working on extrication.  A single male patient was trapped upside down inside a crushed tractor trailer cab with fuel leaking around and inside the cab.  Fuel was leaking from the tanks which were above the trapped driver.  The tractor trailer was off the roadway with trees covering most of the cab.  Personnel from multiple departments worked together and as a result successfully extricated the driver.   He was taken to a local trauma center for evaluation. 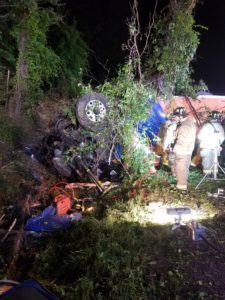 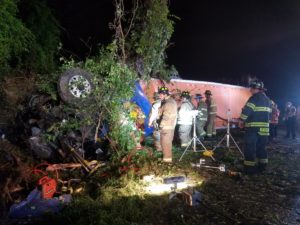 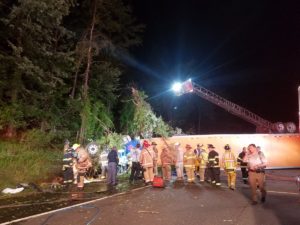 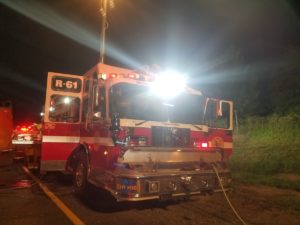 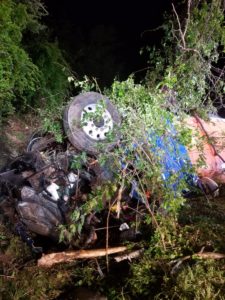 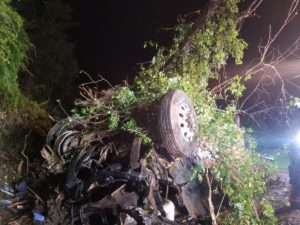 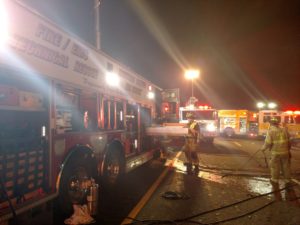