At 5:41 pm the Shrewsbury Volunteer Fire Company was dispatched into Baltimore County, Maryland to assist units with a reported high angle rescue.  Rescue 61 and Utility 61 responded with rope technician personnel.  Enroute reports were received a male patient is hanging upside down approximately 24 feet up a tree in the woods.  When Rescue 61 arrived units from Baltimore County along with Tower 58 from Rose Fire Company had arrived and began rescue operations.  Personnel from Rescue 61 walked into the woods with several rope bags, hardware technician bags and portable lighting.  Personnel on the scene worked for approximately an hour utilizing multiple ladders and rope systems to secure, stabilize and eventually remove the inverted patient from the tree.

The patient was accessed by EMS personnel on location and then flown to Shock Trauma via Maryland State Police aviation.  Once the patient was transported from the scene all remaining fire fighters secured all equipment and cleared the location.  A good team effort by all resulted in a safe extrication. 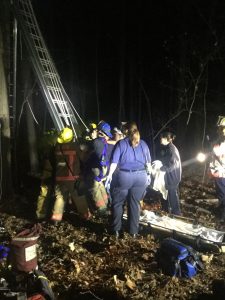 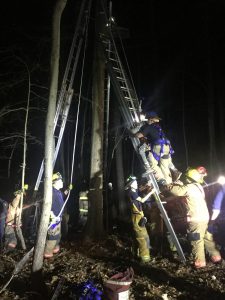 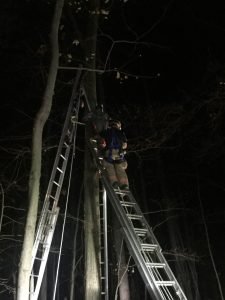 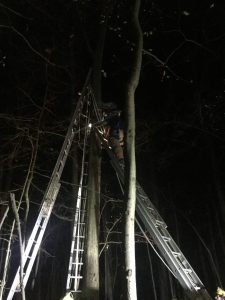 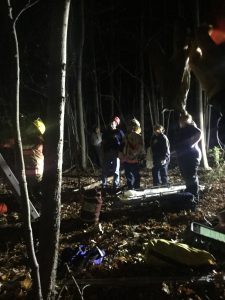 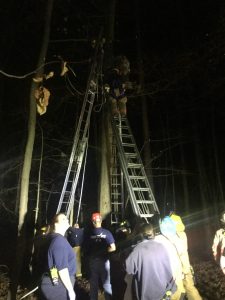 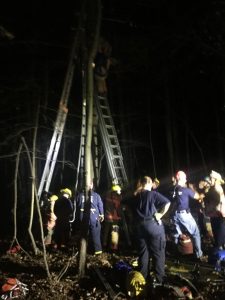