This morning at 11:32, Station 61 along with Truck 58 were dispatched for an investigation inside.  While responding to the station, Chief 61-1 was advised by Southern Regional Police that they are on scene with an active alarm and odor of smoke.  Chief 61-1 requested a full 1st alarm assignment based on SRPD’s findings.

Engine 61-2 and Truck 58 arrived to find an unoccupied apartment with two dogs and smoke inside.  When crews entered, the dogs left on their own.  Crews found an accidental fire in the kitchen.  Neighbors were able to immediately retrieve one of the dogs.

Some time went by, but FF Hudson was able to successfully retrieve the second dog safely.

No injuries were reported and the Box was placed available at 12:24 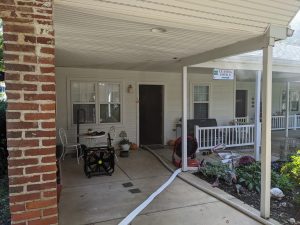 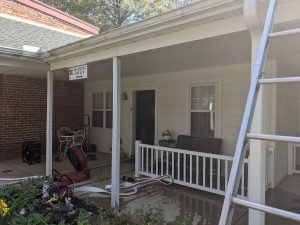 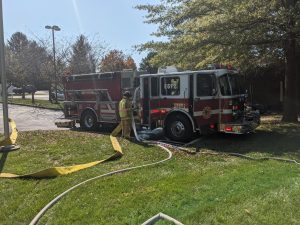 At 06:30am Shrewsbury Volunteers along with Tower 58 from Rose Fire Co. were dispatched for a reported gas leak at an assisted living facility in Shrewsbury Township.

On arrival a supply line was laid and crews began investigating. Gas odor was present in the activity room. Tower 58 arrived and was given instructions to search a few rooms then the roof. Engine 59-1(Glen Rock), 451(Maryland Line), and Tower 54(Eureka) were advised to stage at specified locations on arrival.

Crews found the leak on a roof top heating unit and secured it. Ventilation was completed to make the area safe. Columbia Gas arrived and, along with the building maintenance personnel, took control of the situation. All FD units were cleared as they were ready. ... See MoreSee Less
View on Facebook
· Share
Share on Facebook Share on Twitter Share on Linked In Share by Email
View Comments

THANK YOU for being the BEST at what YOU DO! PLEASE stay healthy and safe out there🙏🙏🙏🙏🙏

Rescue Squad 61 and Engine 61-1 are operating on an accident with injuries at Hain Rd and Susquehanna Trail. One lane is blocked. ... See MoreSee Less

All units are clear. MetEd will be repairing the damaged pole.

At 9:36 pm, Shrewsbury Volunteers, along with a first alarm assignment were dispatched to a reported structure fire on S Main St in Shrewsbury. E61-1 and Car 61 responded. On arrival, the engine crew was advised it is food burnt in an oven with smoke in the structure. While 61 personnel investigated firefighters from Rose Fire Company #1 and Maryland Line FD assisted with the 5" supply line laid on arrival and exterior ladders. There was no fire extension, just burnt food on the stove. Crews gathered all tools and hoses and cleared the scene ... See MoreSee Less

Looks like it’s going to be a take out night😐