At 10:06 Shrewsbury Volunteers along with EMS units were dispatched for a reported accident with injuries on Interstate 83 NB at Milemarker 3.  Rescue 61, Engine 61-1 and Utility 61 responded.  On arrival multiple injuries were confirmed including a Pennsylvania State Police trooper.  Fire and EMS personnel handled hazard control, medical and traffic issues.

At 10:52 another accident with reported injuies and rollover was dispatched in Shrewsbury Borough.  Rescue and Utility 61 cleared the interstate incident and handled that incident along with Glen Rock EMS.  One vehicle was found on its roof.  The patient had non life threatening injuries.

Always an exciting day in Shrewsbury. 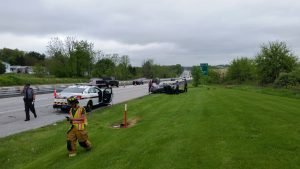 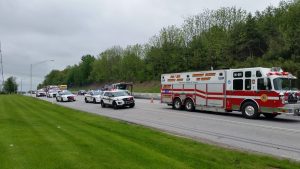 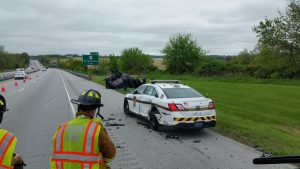 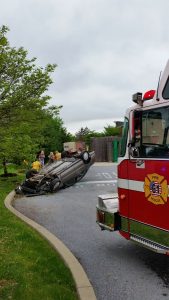 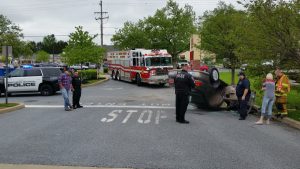