This evening Shrewsbury Volunteers were dispatched for a first alarm assignment in New Freedom Borough.  The fire was reported as a well involved structure fire with people trapped.  Engine 61-1, 61-2 and Heavy Rescue 61 responded with 14 personnel.

Engine 61-2 arrived and was directed by Rose Fire Co. Command 58 to take a second attack line into the structure and assist Station 58 members already engaged in fire attack.  Shrewsbury personnel also took out second  floor windows, entered and searched the second and third floor.  Personnel from Rose Fire Co. made a great knock on the fire on the first floor.  Additional personnel found hot spots and extinguished the fire.

The occupant of the structure escaped out a rear door with assistance of a Southern Regional Police officer.  No other people were trapped.  Shrewsbury Volunteers extends a “great job” to Rose Fire Co on fire control.  All personnel arriving did a great job working together.

Departments on the scene were Rose Fire Co., Shrewsbury Volunteers, Glen Rock Hose and Ladder, Maryland Line Fire Co and Eureka Fire Co.  There were no firefighter injuries and the incident s under investigation. 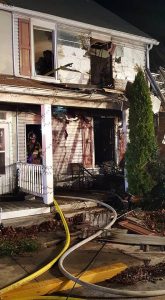 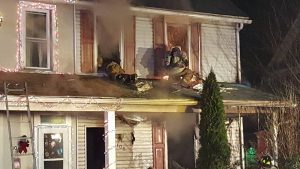 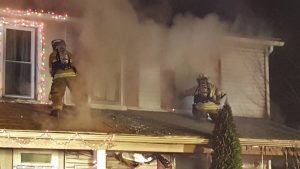 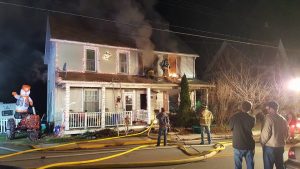 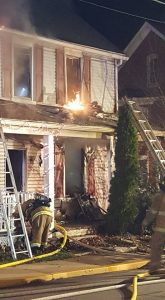 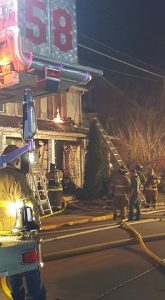