At 1:52pm Shrewsbury Volunteers were dispatched to assist units in Baltimore County with reported people trapped in debris in the Gunpowder River near Hereford Maryland.  Rescue 61 responded with swift water technicians on board.  Enroute units were trying to narrow down the location of the trapped people.   They had no landmarks to go by and could not give their exact location.

Rescue personnel began entering the river at different points and hopefully a team could find them quickly.  Rescue 61 members arrived and with the information given began moving down the river looking for the victims.  A firefighter from Engine 60 found the people and confirmed they were stuck in swift water against trees that had floated down during the past weeks heavy rains.

Shrewsbury Volunteer personnel, after walking .4 miles from where they parked, made contact with the firefighter and trapped civilians.  A swift water rescue swimmer was deployed with safety lines in place and was able to bring a flotation device to the victims and secure them.  Baltimore County USAR 17 team members arrived with a boat and together the civilians were removed from the water safely.

Shrewsbury Volunteers extends a “job well done” to all departments who were involved in making this a successful rescue. 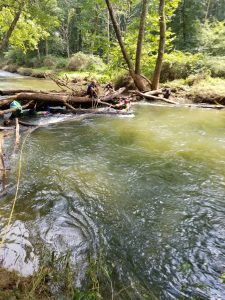 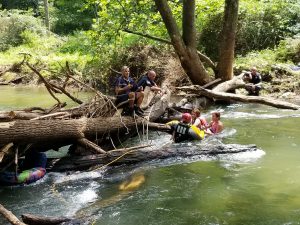 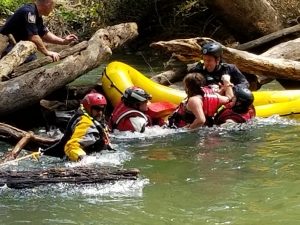 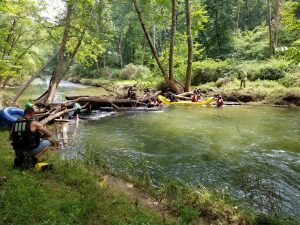 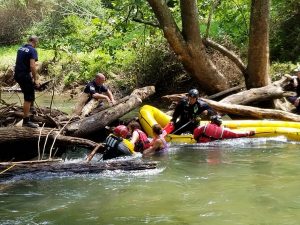 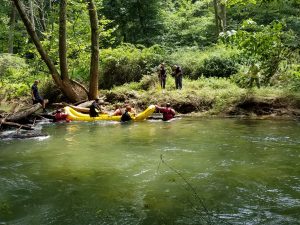 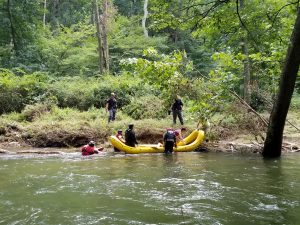