At 01:44 Rescue 61 was dispatched to assist Loganville FD and EMS units with a reported accident with injuries involving two tractor trailers. Rescue 61 responded and arrived along with Loganville Chief 63-2 to find one tractor trailer overturned and one partially down an embankment. A quick investigation located both drivers and a diesel tank that was ruptured. The northbound lanes of I83 was closed due to a large debris field.  Command was established and R61’s  crew was tasked with containing the fuel spill.

Interstate 83 NB was closed for approximately 1 hour until debris could be moved (the axles from the destroyed trailer) and then one lane was opened. R61 provided lighting until released by Command 63. 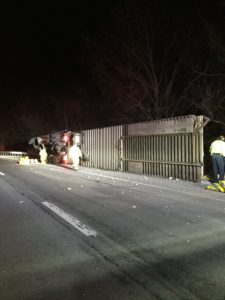 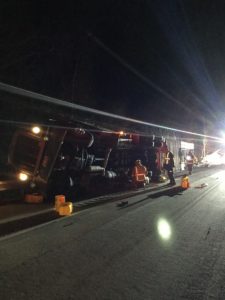 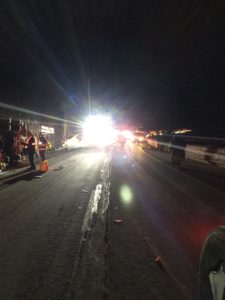 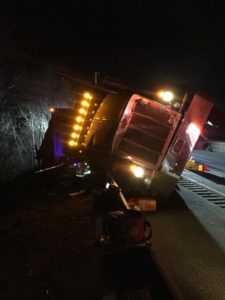 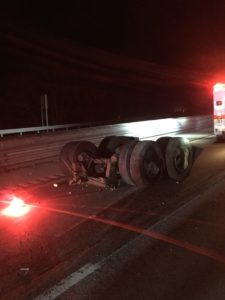 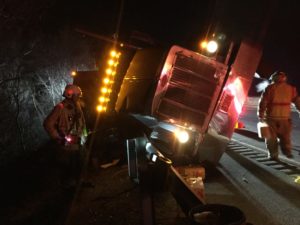 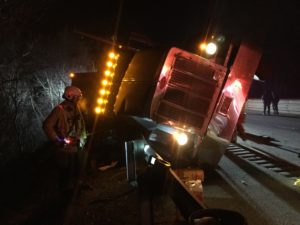 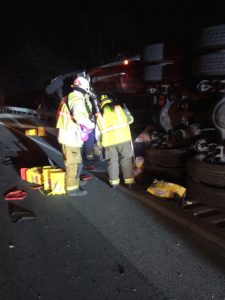 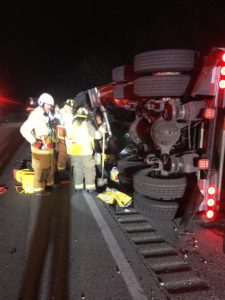 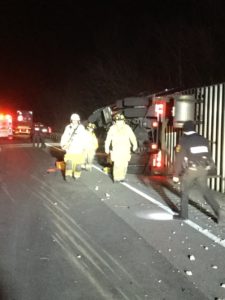 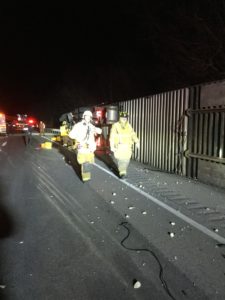 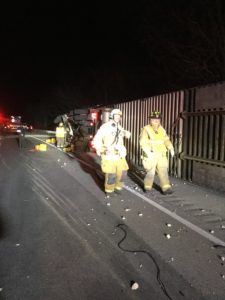 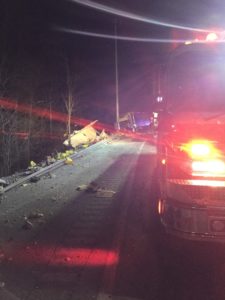 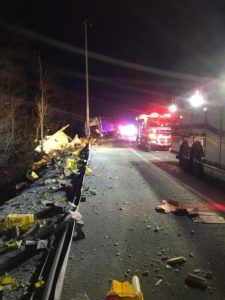 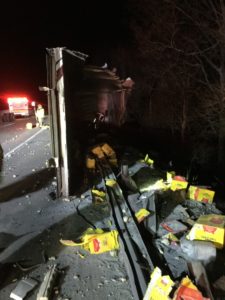 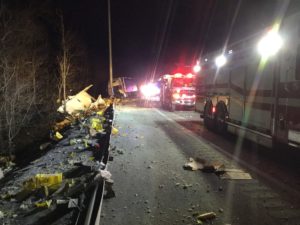