At 10:27pm Shrewsbury Volunteers were dispatched to assist Eureka Fire Company of Stewartstown with a reported vehicle accident with rollover and entrapment.  Rescue Squad 61 responded.  Enroute Chief 54 was advised this is a possible rollover into a structure with entrapment and fire.  Chief 54 upgraded the assignment to a 1st alarm.  On arrival Chief 54 established command and shortly after that advised there is no fire, two vehicles are involved and one is into the structure.  The assignment was downgraded to Eureka Fire Co and EMS along with Rescue Squad 61.  Command 54 tasked Rescue Squad 61 with shoring the front of the home and checking the interior of the first floor where one of the vehicles was pushed.

On arrival Shrewsbury Volunteers personnel teamed up with Eureka Fire Co. members and secured the front porch with a structural support strut as well as check the home for stability.  All utilities were secured.  Personnel cleared debris around the vehicle that went into the structure and made it safe for removal.  A report was given to Command 54 all tasks were completed and Rescue Squad 61 was cleared.  Eureka Fire Co. remained at location along with Southern Regional Police and EMS. 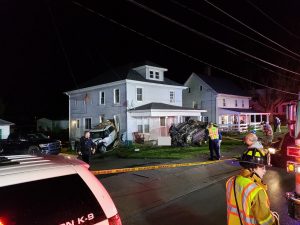 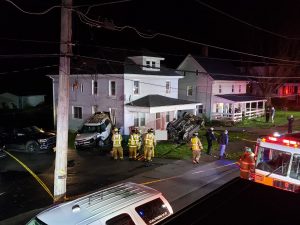 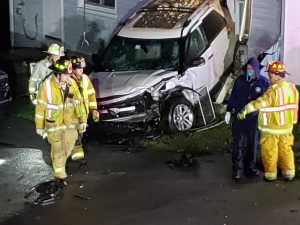 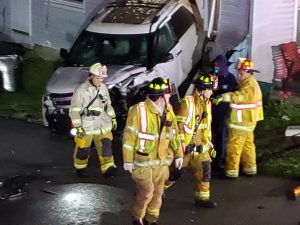 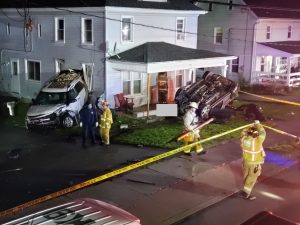 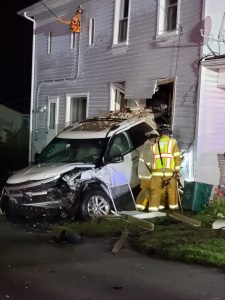