At 2:06pm Shrewsbury Volunteers was dispatched to assist Eureka Volunteer Fire Company with a reported accident with injuries vehicle into a structure in Hopewell Township.  Rescue 61 responded and enroute was updated a single vehicle reportedly drove through windows into a building.  Chief 54-1 (Russell) from Eureka Volunteer Fire Co. arrived and advised one car into a building with moderate damage.  The occupant of the car is out and being checked.  Rescue 61 arrived and was told by command to check the structure for stability issues and secure the striking car.  Personnel from Shrewsbury Volunteers determined the structure was stable, found no hazardous leaks from the striking car or the cars hit in the parking lot prior, and worked on securing electric.  Rescue 54 arrived and their personnel assisted Rescue 61 personnel. 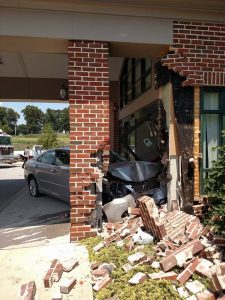 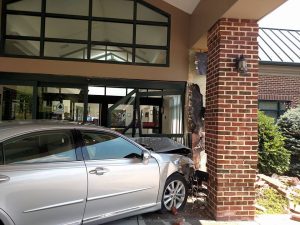