At 00:18 hours on January 15th the Shrewsbury Volunteer Fire Co. was dispatched for a reported vehicle accident with injuries into a structure on S. Main St. in Shrewsbury Borough.  Rescue 61 responded with 5 members.  On arrival crews found a single vehicle severely damaged sitting next to a heavily damaged building.  The occupant of the vehicle was in police custody and not in need of EMS care.  Shrewsbury Volunteers personnel assessed the building’s structural integrity as they searched for a reported occupant of the second floor.  The occupant was found outside and it was confirmed no one else was inside.  Personnel took measures to stabilize the porch roof which had several supporting posts damaged or missing.  Shoring was manufactured from supplies off of Heavy Rescue 61.  Materials for structural collapse incidents are carried on board and were used to shore the damaged roof.  The owner of the building was advised the occupants cannot occupy the structure until a construction company arrives and stabilizes the rest of the damaged structure.  Until this is done the building is deemed uninhabitable.  The occupant from the second floor apartment was relocated to a family member’s home. 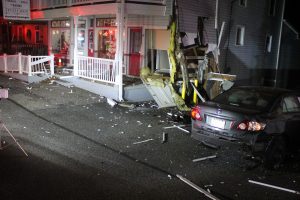 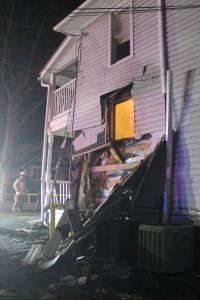 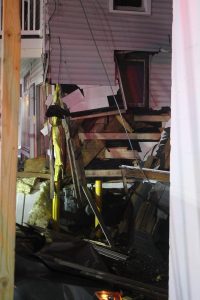 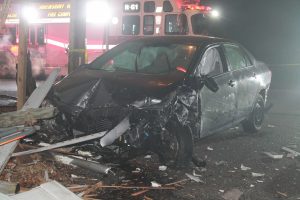 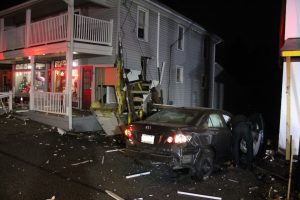 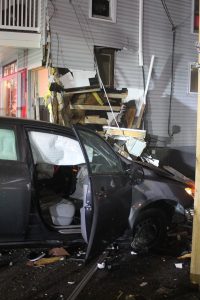