At 07:12am Shrewsbury Volunteers were dispatched to assist the Eureka Volunteer Fire Company with a reported structure fire.  Shrewsbury was part of the first alarm assignment dispatched.  Shortly after dispatch Fire Police Captain 54 arrived and declared a working fire.  Engine 61-2 (Shrewsbury) arrived second engine and dropped 400 feet of 5 inch supply hose from a secondary source.  Crews assisted Eureka VFC with a second attack line and other outside duties.  Crews from Eureka made a quick knock on the fire and contained it to one room.  All units were clear from the incident in about an hour and a half. 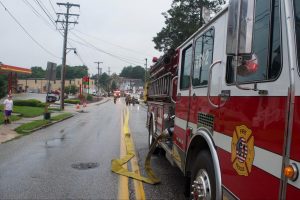 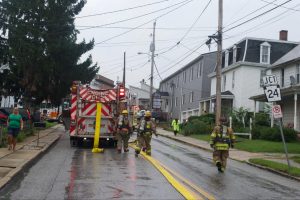 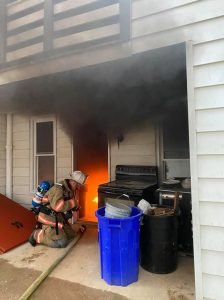 Check out these numbers your volunteers have been clocking in this year 👇 Our team has been busy and even burning vacation days from work to keep our communities safe.
(Reminder: every single Shrewsbury member volunteers and is employed somewhere else)

All totaled, we have over 4,000 documented hours that have been volunteered through the end of July.

It's absurd that we rely on volunteers for these essential services. I am very grateful for the commitment and dedication of all the volunteers.

Long hours, but we in the community thank you for your dedication in keeping us safe.

Everyone is doing an awesome job,Thank You for always being there 👍

Just 1 week until Food Truck Friday returns! We can’t wait to have you join us. Bring your chairs and blankets and enjoy live entertainment by MgM Dance Studio and Allusive Green!